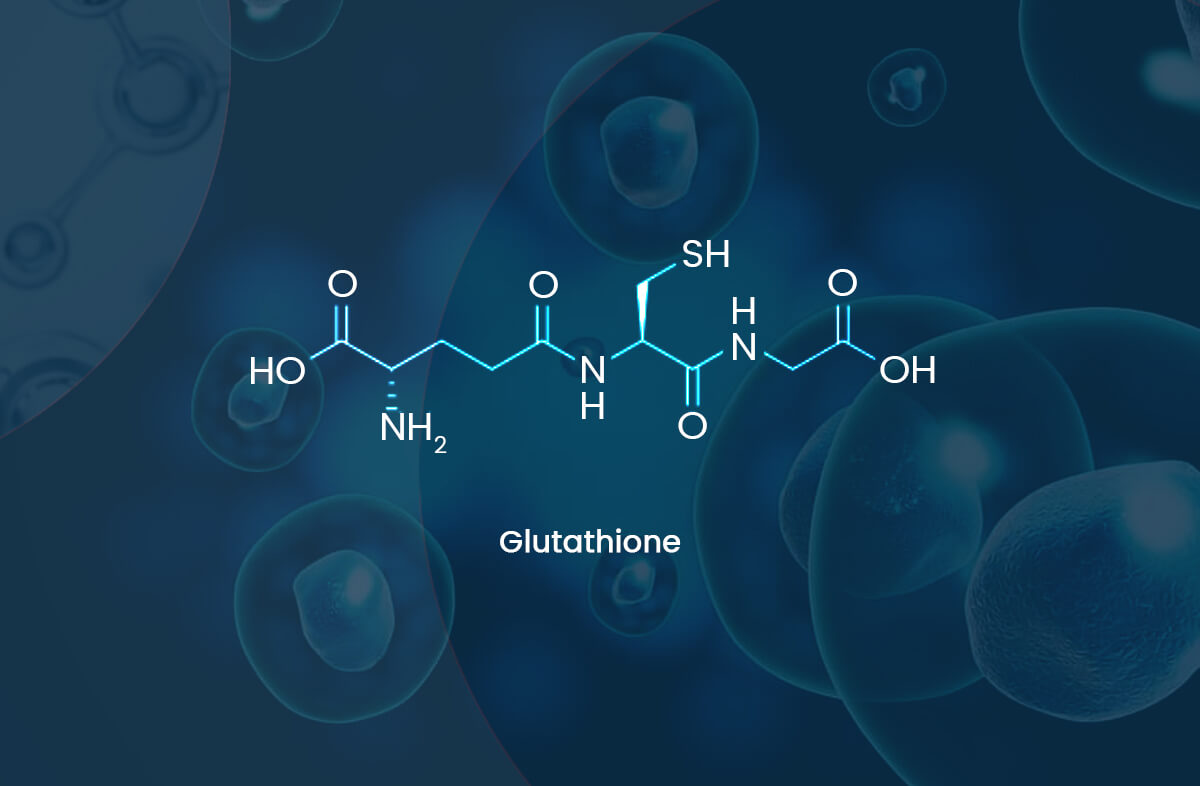 Glutathione (GSH) is synthesized in the cytoplasm in virtually all cells from its constituent amino acids by two sequential ATP-requiring enzyme catalyzed reactions (see figure below) [1]. The first reaction is the formation of the dipeptide γ-glutamylcysteine (GGC) from the amino acids L-glutamic acid and L-cysteine. The second reaction adds a glycine to the Gamma-glutamylcysteine to produce the tripeptide glutathione.

The first reaction is rate limiting and is catalyzed by the enzyme glutamate-cysteine ligase (GCL, EC 6.3.2.2; formerly γ-glutamylcysteine synthetase). GCL is composed of a heavy catalytic subunit (GCLC, MW ~ 73,000) and a light modifier (GCLM, MW ~ 30,000) subunit. GCL is the key control point for the homeostasis of cellular GSH and is regulated at multiple levels. Its regulation at a genetic level (both transcriptional and translational) and at a biochemical level (post-translational) are incredibly complex.

The light modifier subunit GCLM is enzymatically inactive but plays an important regulatory function by lowering the Km of GCLC for glutamate and raising the Ki for glutathione (GSH) [7, 8]. The resulting holoenzyme dimer comprising the two subunits is catalytically more efficient and less subject to inhibition by glutathione (GSH) than GCLC alone. In rats, GCLC has a Km for glutamate that is about 10-fold higher than that of the GCL holoenzyme, which is higher than the cellular glutamate concentration in most tissues

GCL is specific for the glutamyl moiety and is regulated physiologically by: (a) non-allosteric feedback competitive inhibition by glutathione (GSH) (Ki = 2.3 mM) which involves binding of GSH to the glutamate and another site on the enzyme [8, 9] and (b) availability of its precursor, cysteine [1]. The apparent Km values of GCL for glutamate and cysteine are 1.8 and 0.1–0.3 mM, respectively [9]. The intracellular glutamate concentration is nearly 10-fold higher than the Km value, but intracellular cysteine concentrations approximate the apparent Km value [10] indicating that cysteine may be a limiting substrate for GCL. This has led to the false assumption that the cause of glutathione (GSH) depletion associated with so many chronic diseases must be from an under supply of cysteine in the diet. This is an unlikely scenario as the developed world dietary intake of sulfur amino acids is generally adequate. For example, the typical American diet supplies much more than the recommended required quantity of cysteine [11]. Interestingly, this has not discouraged multiple research groups testing cysteine prodrugs, such as N-acetylcysteine (NAC), as supplements to increase glutathione (GSH) levels. Unsurprisingly, most clinical trials with NAC have demonstrated a lack of efficacy [12-16]. However, NAC has been shown to restore glutathione levels in cases such as acetaminophen overdose where an acute depletion of glutathione is observed [17]. In these cases, glutathione (GSH) levels are well below the normal concentration and therefore feedback inhibition of GCL is absent. To this date, the only medically recognized use of NAC in increasing cellular glutathione is in acetaminophen poisoning.

Our proposition is that the suboptimal glutathione levels associated with so many chronic diseases are not due to a cysteine undersupply but an impairment in one of the multiple control mechanisms of the GCL enzyme. Again, this impairment can be effectively bypassed by supplementation with gamma-glutamylcysteine (GGC) which can be transported into cells where it will be rapidly converted to glutathione by the enzyme Glutathione Synthase (GS).

The second step in glutathione (GSH) synthesis is catalyzed by the enzyme Glutathione Synthase (GS, EC 6.3.2.3, formerly known as GSH synthetase). GS is constitutively expressed in all cells and has not been studied as extensively as GCL [5]. It is not subject to feedback inhibition by glutathione (GSH) and its substrates gamma-glutamylcysteine (GGC) and glycine are rapidly ligated to form glutathione (GSH). The intracellular concentration of gamma-glutamylcysteine (GGC) is extremely low (~ 5 uM) when GS is present, thus GCL is considered the rate-limiting enzyme [6]. In support of this observation, over expression of GS in a yeast model failed to increase glutathione (GSH) levels whereas over expression of GCL did [18].

COVID-19 is an infectious disease caused by the SARS-CoV-2 virus, which has been at the forefront of people’s minds since its emergence in late...
Read more
Glutathione