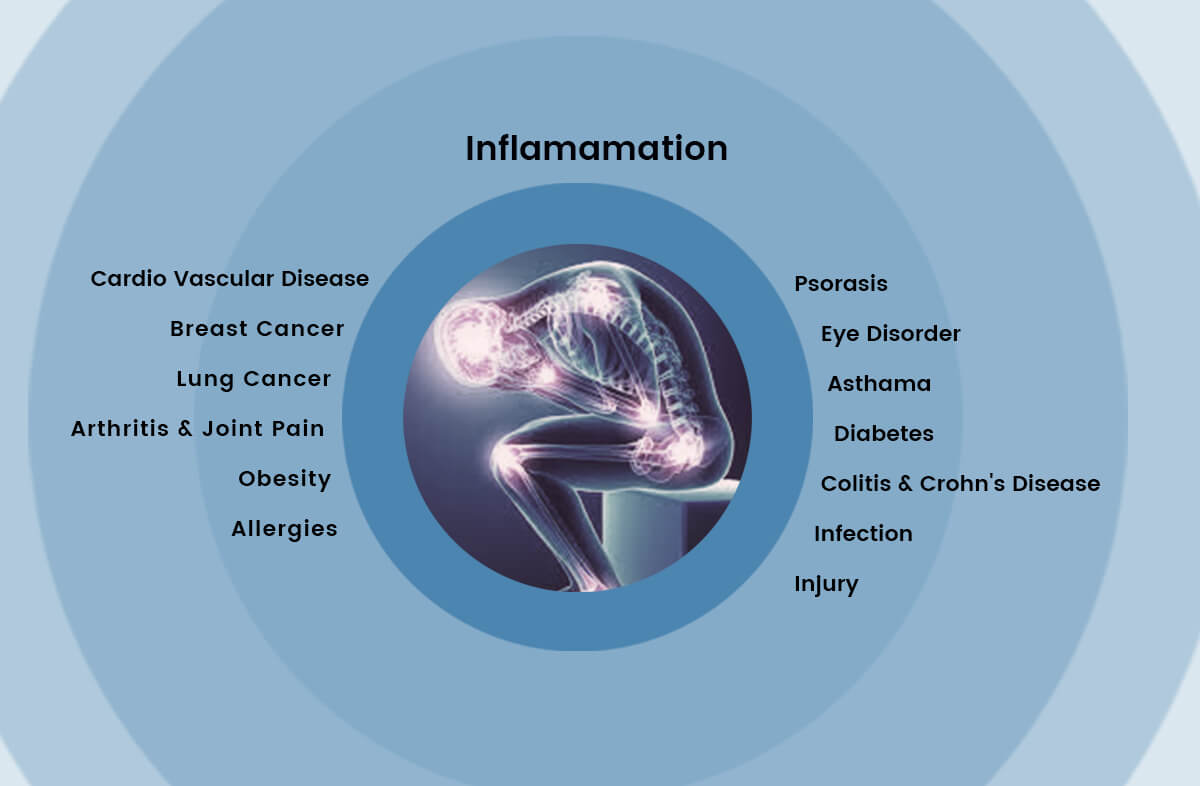 Over many decades of extensive research, glutathione (GSH) has emerged as the crucial player in regulating inflammation [1-4]. It does so very effectively by destroying ROS, or free radicals, produced by our immune system in response to threats. In turn, this protects us from the insidious and often destructive effects of oxidative stress. But how is oxidative stress related to the immune system?

The core mediators of the immune system, the lymphocytes, perform their bacterial, viral and cancer cell killing function by generating large amounts of ROS, including superoxide and hydrogen peroxide. These species are highly toxic, not only to the invaders, but also our very bodies. They effectively destroy foreign intruders by inducing large amounts of oxidative stress, but, if not kept in check, they can easily turn onto their host. Consequently, precise control of ROS production and elimination is needed [5, 6]. This is the reason why maintaining a healthy glutathione level is so essential.

Glutathione (GSH) will efficiently neutralize an overproduction of ROS. The pace of free radical generation, however, can often surpass the cellular production of glutathione (GSH), leading to a cascade of oxidative stress, chronic inflammation and tissue damage. Combined with advancing age, poor lifestyle choices or environmental stressors, all of which reduce glutathione even further, poor health outcomes are likely. Even a temporary drop in optimal glutathione levels, as has been observed after extensive exercise for instance, may cause harm due to oxidative stress.

As the first line of defense against oxidative stress, antioxidants are crucial. Glutathione (GSH) produced in our cells is the most potent antioxidant, and therefore essential in not only maintaining an optimally tuned immune system but also in ensuring the elimination of excess free radicals [7, 8]. However, the optimal level of glutathione (GSH) is easily compromised.

Picture another fundamental homeostatic level that is tightly controlled: our body temperature. Fortunately, this normal level, around 98.6°F or 36.8°C, is constant throughout our lives. It never changes. The normal level of glutathione, as set by our cells, however, does change. It decreases with age or chronic disease even though we need the same amount of glutathione throughout our lives. It is akin to our body temperature slowly dropping as we age, to levels which are not sustainable. It is therefore essential for health and longevity that we increase glutathione above this decreasing homeostatic level.

Our immune system is an incredible achievement of evolution without which we would succumb to even the slightest infection. It performs its tasks quietly...
Read more